Fangirl/Fanboy? Wait have you heard the term already? If you didn’t, let’s make a brief description about it.

FANGIRL/FANBOY – We’re fans. We are extremely or overly enthusiastic fan of someone or something. Some say that it’s obsession but for us, it’s just who we are. We are just expressing ourselves. Fangirling isn’t just a hobby, it’s a life.

What does a fan go through? How is it to become a fan? If you’re a fan, for sure, you can relate! Let’s go!

Being a fan is super fun…

You can go to different places…

You can meet your idol…

You can buy different merchandises…

You will meet new friends…

You will have a new family…

You will have a lot of memories…

IT MAKES YOU HAPPY…

Did you already experience this time that you knew your idol is going to have a show on your place or a place near you and you really saved money for it that you aren’t even buying during your break time. You are not buying your wants. Instead, you keep them on your wallet so that you can go to his show. Your friends are asking you to go out, but you go straight to your home and save the money instead.

Sometimes, your parents won’t allow you to go, isn’t it heartbreaking? Knowing he’s just near and you’re there stuck in your 4-cornered room looking at nothing.

Not everyone gets to see their idol. There are only few who are really lucky.

You know this feeling that you saved money, you skipped break times and you lined up for hours and you won’t even get a picture or you won’t even get a chance to hold his hand? It’s too bad. But we are huge believers of chances. We never give up. We always believe that there is a right time for that.

There’s also an instance where you’ll line up for hours beating the heat of the sun and you will not even reach the cutoff of the venue.

You spend time and spend money to go to their location while they’re taking a shoot and you won’t even have the chance to go near them because the security is SUPER STRICT.

You spend money to buy their merchandises such as albums, magazines, t-shirts and other paraphernalia.

Sometimes you skip class just for you to see them, which is not a good thing for a student. But, of course, there’s nothing impossible for a fan. He or she will take all the risks just for his or her idol.

Being a fan is not a joke. You have those nights where you cry out your heart because you wanted to see him so bad, you want to go to his concert, but you can’t, you want to do something but it won’t work.

It’s hard because for you he’s one of those billions star shining shimmering splendid in your eyes but for him? You are just a NOBODY. The chance for you to be noticed in the crowd is very rare.

Those “I wish I was there” “Wow a lucky fan” “I wish I was his friend also” “I wish I can hug him, kiss him, talk to him, take a picture with him” those are the words you’ll hear from a fan who never loses hope. A fan who keeps holding on to that chance that someday, he’ll get to do those things that she was just imagining right now.

You know a fan’s heart is very strong, a fan can take all those heartbreaks, all those bad things, all those words thrown to him but you’re the one catching it because you’re a soldier, you’re always there to protect him, no matter how hard or how big it is, you’ll never be afraid of it.

You were just an ordinary person, but then this person came into the picture and as fast as a blink of an eye, your world, your entire world changed. You were just there busy studying, just a normal house buddy, suddenly, you’re there going to different places to follow him. Before, you’re reading your books now you’re reading his magazine, you’re reading articles about him. Before, you don’t care if you don’t have your internet connection, today? It’s like the end of the world if you won’t have it, why? Because what if he has a tweet? What if there’s a new update? What if there’s something new? Oh, crap! You don’t want to be last person to know it right? Being a fan isn’t just a hobby to kill your time, it is your LIFE. It takes a lot of time and strength to be one. This journey is a tough one. You’ll have a lot of failures before you’ll put up a big smile on your face.

Despite the failures, deep inside, you’re still happy. Even though he doesn’t notice you, you know within yourself, you’re contributing a lot to make him successful, to make his dreams come true, to make him happy. There are times when you really want to be one of those closest to him. There are times when you want to be there always for him whenever he feels bad. You always want to be the first one to cheer him up when he’s down. When he found his love one? It hurts a lot. Because you were once imagining that he was your boyfriend. But he has his love now? What will happen? Sometimes, it’s hard to accept it especially when you don’t like the girl, but you can’t do anything, because YOU’RE JUST A FAN and you can’t decide for him so in the end, you are left with no choice but to accept everything and respect what he wants, even if it hurts you, if it’ll make him happy, you’ll accept it.

ALWAYS KEEP IN MIND, WHETHER HE KNOWS YOU OR NOT, YOU’RE A BIG PART OF HIM AND HE’S THANKFUL THAT YOU EXISTED. REMEMBER THAT WITHOUT YOU, THERE’S NO HIM.

God bless and good luck on you journey. 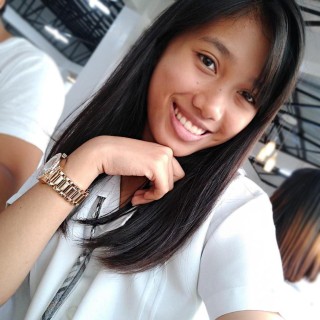 18. Accountancy Student. Pampanga, Philippines. This blog is all going to be my life's documentary and everything I love.